Natural Eyebrow Transplant is a combination of delicacy, artistry and expertise of a specialist doctor. Which increases the attractiveness of your face by creating a fit between the eyes and eyebrows.

At Iran Surgery Center, with 3 years of experience in health tourism and with the cooperation of top doctors and advanced hospitals, we understand and plan for all your needs to travel to Iran and perform surgery with excellent results. Contact us for more information and stay with us until the end of the article.

In the following we will talk about packages prices, before/after photo’s, your detailed schedule in Iran, hotels, reviews, a complete information about your procedure and FAQs. Stay with us till the end of article.
You may also be interested in the following surgeries:

Click on Doctors name to see details, reviews, before & after’s and all information you may need about them. 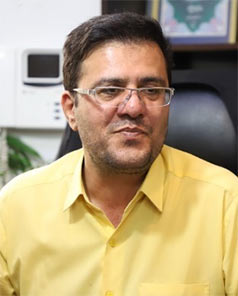 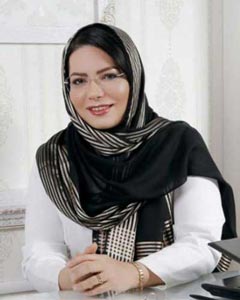 Take a look at ‘before and after’ photos of people who got their Eyebrow Transplant done in Iran.

Your Detailed Schedule After Arrival in Iran

Your detailed schedule after arrival in Iran

>> Day 1: Arrival at airport: you will be welcomed by our guide, then picked up and transferred to hotel*. Checking into hotel; Transfer from hotel to clinic; Visiting the doctor; Pre-op tests; Transfer from clinic to hotel

>> Day 7: Taking shower at hotel; transfer from hotel to clinic; check-up and bandage removal (by the doctor)**; reviewing post-op instructions and dos & don’ts; receiving written certificate from doctor confirming patient is fit to fly; transfer from clinic to hotel.

>> Note:
* Transfer from the airport to the hotel will be with the taxi.
** The doctor visit may be in the 7th or 8th day depending on the circumstances.
*** In some cases where your departure is in the weekends this step may not be feasible.

Our Patients Have Something To Tell You

See why people choose us as their facilitator to get their plastic surgery done in Iran. 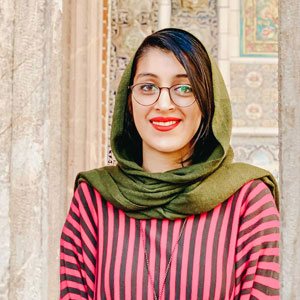 From Mauritius to Iran to have a breast lift, and a nose job surgery 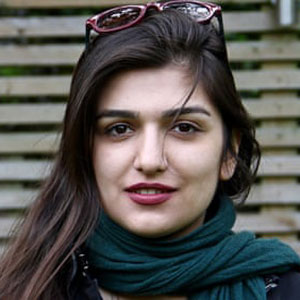 from Italy to  Iran for nose job. 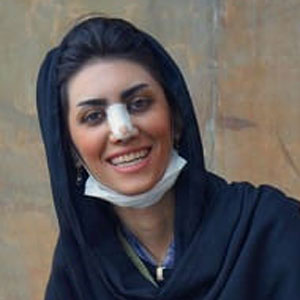 From France to Iran for rhinoplasty and septoplasty 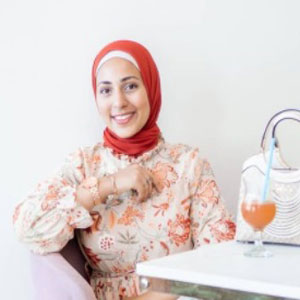 Haven’t decided yet? Let us help you, it’s free

fill out form
chat on WhatsApp 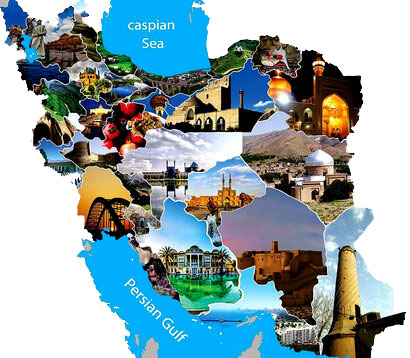 Is Iran the right choice for my Eyebrow Transplant surgery?

Iran is a vast country with advanced medical facilities and equipment. Skilled and experienced Iranian doctors with experience in thousands of advanced cosmetic and therapeutic surgeries are ready to serve you. Iranian girls are interested in various body and facial surgeries and this has made Iranian doctors very experienced in this field. In addition to using advanced medical facilities, you can enjoy the sights of this ancient country before and after the operation.

At Iran Surgery Center, in cooperation with top Iranian doctors, we provide world-class medical and beauty services. Providing visas, tickets, transportation within the city, reception and escort to the airport, accompanying you in all stages of treatment, surgery, performing tests and imaging before and after surgery are among the services of Iran Surgical Center. 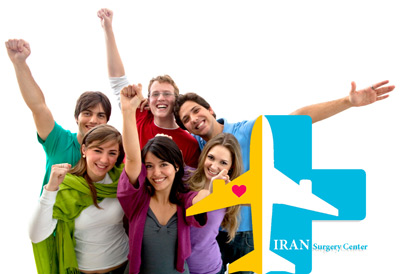 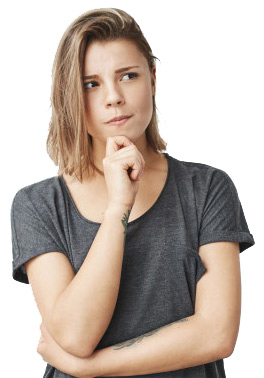 How will my surgery go at Iran Surgery Center?

The surgical procedure in Iran Surgical Center is very simple. In the first step, you contact us through one of the online communication methods (WhatsApp, Instagram, email, Facebook, etc.). We will do the rest for you. Our experts will review your basic information and requirements. They may ask you for a photo of the area you want to do to choose the right surgeon or to announce the price more accurately, or they may ask for your medical records for medical surgeries. In the following, we take all the necessary measures for a quiet and comfortable surgery.

Why choose Iran for cosmetic surgery?

cosmetic surgery is very popular in Iran and Iranian girls are very interested in various types of cosmetic surgery and cosmetic services . Iran is known as the ‘nose job capital of the world’ because of the high rate of the procedure. With highly-trained facial and body surgeons and very affordable costs, Iran is a hot destination for all cosmetic surgery candidates from all around the world. 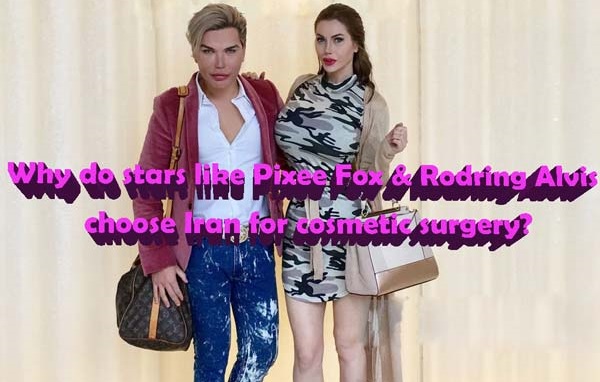 Eyebrow Transplant in Iran all you need to know

Having beautiful and flawless eyebrows will have a significant impact on the beauty of the eyes and even the whole face. The fit of the eyebrows to the shape of the face, and the shape of the eyes, has a great impact on the beauty of the face. Drooping eyebrows can be caused by factors such as heredity, vitamin deficiency, age, excessive use of cosmetics, side effects of some medications and diseases, as well as factors such as stress.

Before implanting eyebrows, investigate the cause of drooping eyebrows and solve the problem.

The effect of the above can be compensated by eyebrow implantation. In eyebrow implants and transplants, hair follicles are removed from the part of the head that usually contains the back of the head and between the two ears and transferred to the eyebrow area. After implanting hair follicles in the eyebrow area, the implanted hair strands continue to grow with the same vigor until the end of a person’s life, and like a person’s own eyebrow, they can be removed or trimmed.

How to Eyebrow Transplant:

First, the shape of your desired eyebrow is determined. Depending on your preferred eyebrow model and the number of follicles available, an average of 200 to 400 hair follicles are needed for eyebrow transplant .

Eyebrow implants, like hair transplants, are performed in two main ways, FUT and FUE. In the FUT method, a strip of skin is removed from behind the head and between the two ears, and the harvested area is sutured, and then the hair follicles are delicately extracted and transferred to the hair transplant area.

In the FIT or FUE method, individual hair follicles are removed from the donation area by very narrow blades less than 1 mm in diameter and implanted in the eyebrow area. SUT, super FUE and micro FIT methods are all subsets of FIT eyebrow implants, and the only difference is that in each of these methods, the doctor uses newer and more complete tools for hair removal and transplantation. In the FIT method, the graft will be removed completely without bleeding and pain and will heal quickly

In the combined method, both FUT and FIT methods are used.

After the operation, the patient will be given a liquid that should be sprayed every two to three hours on the areas where the eyebrows are implanted. Implanted hair falls out after a while. This is part of the eyebrow implantation process. It grows again after 4 months, and the final result of the hair transplant is visible up to 9 months.

Swelling and bruising are short-term complications of eyebrow implantation, which will be minimized by using a cold compress on the forehead in the first 24 hours and placing it higher on the head while sleeping and resting.

Asymmetry of the eyebrows, improper eyebrow growth, scarring or necrosis are some of the complications of an unsuitable doctor or not observing the conditions of recovery.

Are eyebrow implants different for men and women?

Can body hair be used for eyebrow transplant?

How long after eyebrow transplant do we return to normal life?

1 or two days after eyebrow transplant, you can return to normal life.

Can eyebrow transplant be done after tattoo or eyebrow micropigmentation?

Not only will tattoos not be an obstacle to eyebrow transplant, but in some cases they will improve the outcome of the procedure. This recommendation is due to the fact that some hair grafts may be lost after a while after eyebrow transplantion, and the gaps between the transplanted eyebrows may be partial, which does not require re-transplant of eyebrows, but the presence of hatches has completely covered these areas. Gives a more beautiful appearance to the eyebrows.

How can I get my Eyebrow Transplant in Iran?

To get your Eyebrow Transplant done in Iran, you just need to contact us by completing the above form or text us through the below chat box. Our patient coordinators are 24/7 available to provide you with all the information you may need prior to your trip to Iran.

Once we receive your information and medical history, we’ll arrange your treatment with one of our trusted plastic surgeons. We’ll get your visa, get your ticket, and book your hotel and doctor’s appointment. As soon as you arrive at the airport, we will pick you up, take you to the doctor and hospital, and stay right by your side until the time you leave the country.